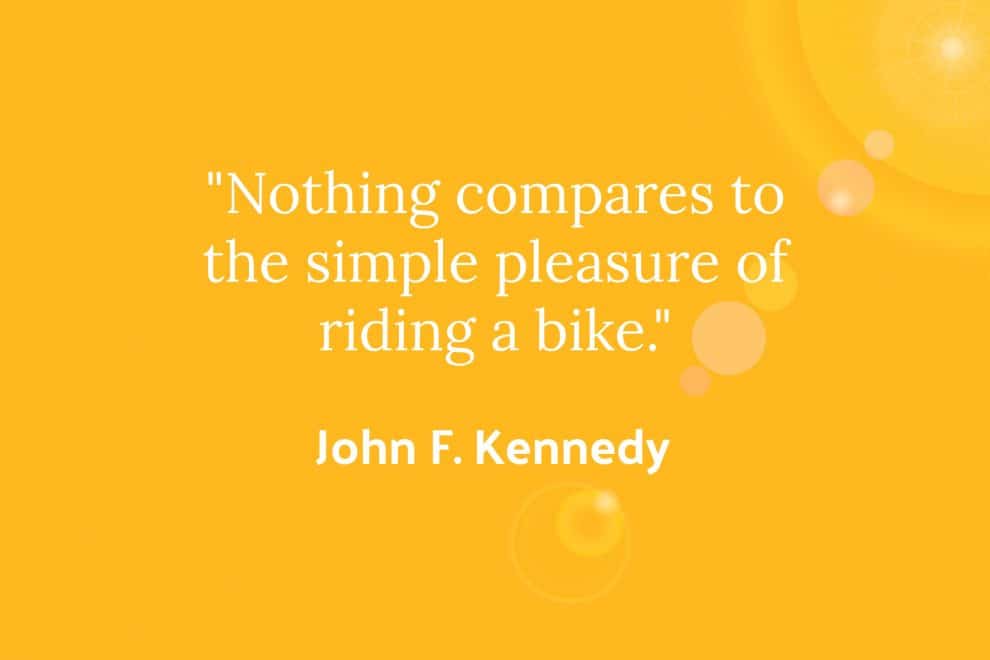 Whether you’re looking to take up cycling so that you can commute to and from work, or to take to the trails on a weekend, there’s no doubt that cycling offers a whole host of benefits for all those that take up the handlebars.

If you’re interested in buying a bike in the near future, take a look at some of the many benefits of cycling below:

1) Cycling is great for your health

There’s no doubt that any kind of exercise offers benefits for your health, but cycling is special in that it provides a variety of unique physical and mental benefits.

In fact, one recent study, as reported by The Guardian, found that cycling could have the ability to hold off the effects of ageing on the immune system.

In carrying out tests on 125 amateur cyclists, scientists found that those aged 55 to 79 had similar levels of T-cells to those aged around 20 years old.

Although this sounds great, it is one of the most recently discovered and lesser-known benefits of cycling, and it’s unlikely that many people will begin cycling in the hopes of a better functioning immune system.

So, here are some of the more common benefits of getting on the pedals:

For those looking to lose weight, cycling is one of the most efficient and enjoyable ways to do it.

Depending on a variety of conditions, including your weight and exertion level, you can expect to burn anywhere between 75-670 extra calories for every thirty minutes spent on a bike.

What’s more, if you cycle regularly, you’ll also create more muscle, which will raise your metabolism, which means you’ll burn more calories both during exercise and at rest.

In moderation, there’s no doubt that cycling is good for the heart.

Just as you strengthen your legs during a cycle, you’ll also be improving the muscles in your heart.

In fact, by cycling just 20 minutes per day, you can reduce the risk of dying from heart disease by half according to Amar Singal, the Senior Interventional Cardiologist at Sri Balaji Action Medical Institute, New Delhi.

Discussing the benefits, he said:

“Cycling is one of the best cardio exercises for people of all age groups and all body types. It not only helps burn calories and keeps weight under control, but also helps build stamina and increases muscle and bone strength.”

Just like your heart, your lungs can enjoy a whole host of benefits from cycling, including improved lung capacity.

Regular cycling has been found to improve lung function by 5-15 percent and can help diminish long-term lung conditions.

Studies have also found that cycling is great for mental health, as it can help relieve both stress and anxiety if enjoyed on a regular basis.

Like all aerobic exercises, cycling can help reduce levels of cortisol, which is otherwise known as “the stress hormone”, as well as stimulating the release of endorphins in the brain.

A recent study involving 11,500 off-road cyclists found that 91 percent of respondents rated their cycling experiences as fairly or very important for their mental health, which was actually more than the number of people that said it benefited their physical health.

2) Cycling is great for saving money

Another reason why many people take up the bike is to save money on their daily commute to and from work.

Although the initial costs of a bike can be somewhat expensive if you’re starting out from scratch, by cycling on a regular basis, you can quickly find yourself saving large sums of money.

In fact, a great deal of time and effort has been put into studying just how much money a person can save if they were to take up cycling on a regular basis.

Whether you drive to work or use public transport, the likelihood is if you’re within cycling range of work from your home, you’re always bound to save money on a daily, weekly, and monthly basis.

Quite recently the BBC conducted a study in 12 cities across the world, including London, to see how much people could save. It also took into account aspects such as maintenance costs and accessories.

In the capital, researchers found that once a person buys a bike, they would start saving money after just 2.1 months if they stopped paying for monthly public transport.

Interestingly, this efficiency is not same all over the world, as some cities provide very cheap public transport. In Krakow for example, it would take 18.7 months to recoup the cost of a bike against paying for public transport.

For those looking to purchase a new bike for work, it’s worth checking out the UK’s Cycle to Work scheme, where you can save up to 39 percent on a new bike and actually end up purchasing it for much less than it’s worth.

The scheme works by your company purchasing a bike for you (chosen from over 2,000 retailers), and then you hire it from the company, with a hire fee being taken from your wage on a monthly basis.

A bonus of this, however, is that the payments are taken from your gross salary, and not your net salary, which means that you end up paying less income tax and national insurance.

Whether you hire it for a period of one year or four, you are able to purchase the bike from remaining amount owed, which is often a tiny amount of the original price.

3) Cycling is great for the environment

If you’re looking to reduce your carbon footprint (find out how large yours is here), there’s no better way of doing this outside of the home than getting out on your bike.

And doing so is important, for if we continue at our current rate, as a country, UK emissions are expected to rise by 35 percent by 2030 from 1990 levels.

Although this sounds particularly daunting, the Department for Transport says that it’s possible to achieve a 60 percent reduction of CO2 in domestic transport by 2030 — but only if people change their everyday behaviours.

Interestingly, however, it’s worth noting that cycling isn’t totally green, as although your carbon footprint will definitely be reduced, how large it shrinks depends on what you eat.

For example, the carbon footprint of cycling a mile powered by bananas would cost 65g of CO2e in emissions, and the same mile would cost 260g of CO2e if powered by cheeseburgers.

That said, you’ll still be around ten times more carbon-efficient than your average petrol car.

So how does cycling compare to public transport?

The average car will produce around 171g of CO2 for every per passenger mile that it drives, which is a considerable amount if you are making a 10 to 20-mile journey twice a day, five times per week.

This figure can actually be slashed if you were to take the bus, however, as a bus will only emit 101g of CO2 per mile driven, and your average bus can hold up to 40 people, which is a vast environmental saving.

Discovering whether a train is more environmentally friendly is a little bit trickier, however, as there are many factors to consider, including fuel type and load.

If you are travelling on a diesel train, the difference is marginal to a car, but if you happen to be riding on an electric train, you could be looking at an emission rate of 50g per passenger, which is substantially better than both cars and busses.

Although none are as efficient as the bike.

Cycling is also great for other people’s environment

Although we’ve already discussed the fact that cycling can have health benefits for cyclists, by hopping on your bike twice a day, you could also protect other people’s health too.

If everyone who drove to work shifted just 10 percent of their journeys to a bicycle, not only would this reduce pollution, but it would help save 400 productive life years per year.

In fact, a recent study conducted in Canada found that areas that endured the loudest vehicle noise suffered 22 percent more deaths from heart disease than those exposed to some of the quietest traffic noises.

Need more reasons to start cycling? Get out there and start living life to the fullest; go cycling! 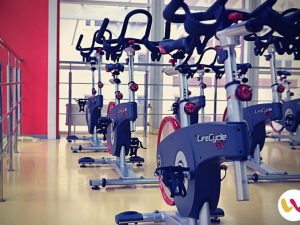 Going to the gym is a tough task, especially if you are more of a solitary exerciser. Say goodbye to listening to your... 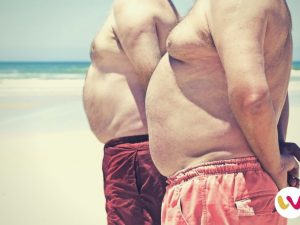 Losing fat in a quick, healthy, and sustainable way can be tricky. You may find suggestions that are quick but not safe... 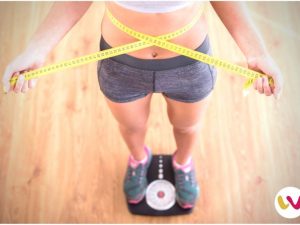 20 Weight Loss Tips You Should Give a Try Today

For those trying to lose weight, the process can be complicated. Perhaps you have lost motivation, or you have hit a... 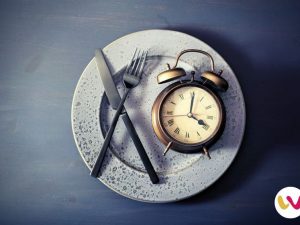 Intermittent Fasting (IF): What Is It? Should I Do It?

Intermittent fasting (IF) seems to be an eating regime that has taken the health and fitness community by storm... 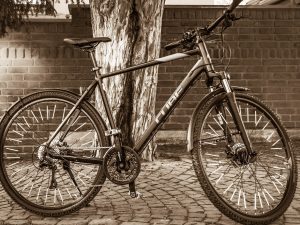 The world of cycling has changed over the past few years. As people turn to sustainable, affordable transportation... 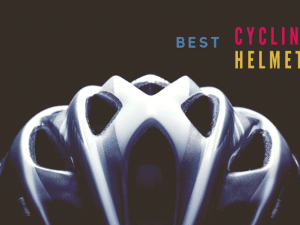 While no law in the UK says a cyclist must wear a helmet while out on the road, by merely placing a cycle helmet on...

Legwork is an independent fitness & health and cycling resource, providing all the latest workout tips, advice, training and buying guides. Have any questions or tips? Get in touch: hello@legwork.guide.

20 Weight Loss Tips You Should Give a Try Today

Intermittent Fasting (IF): What Is It? Should I Do It?